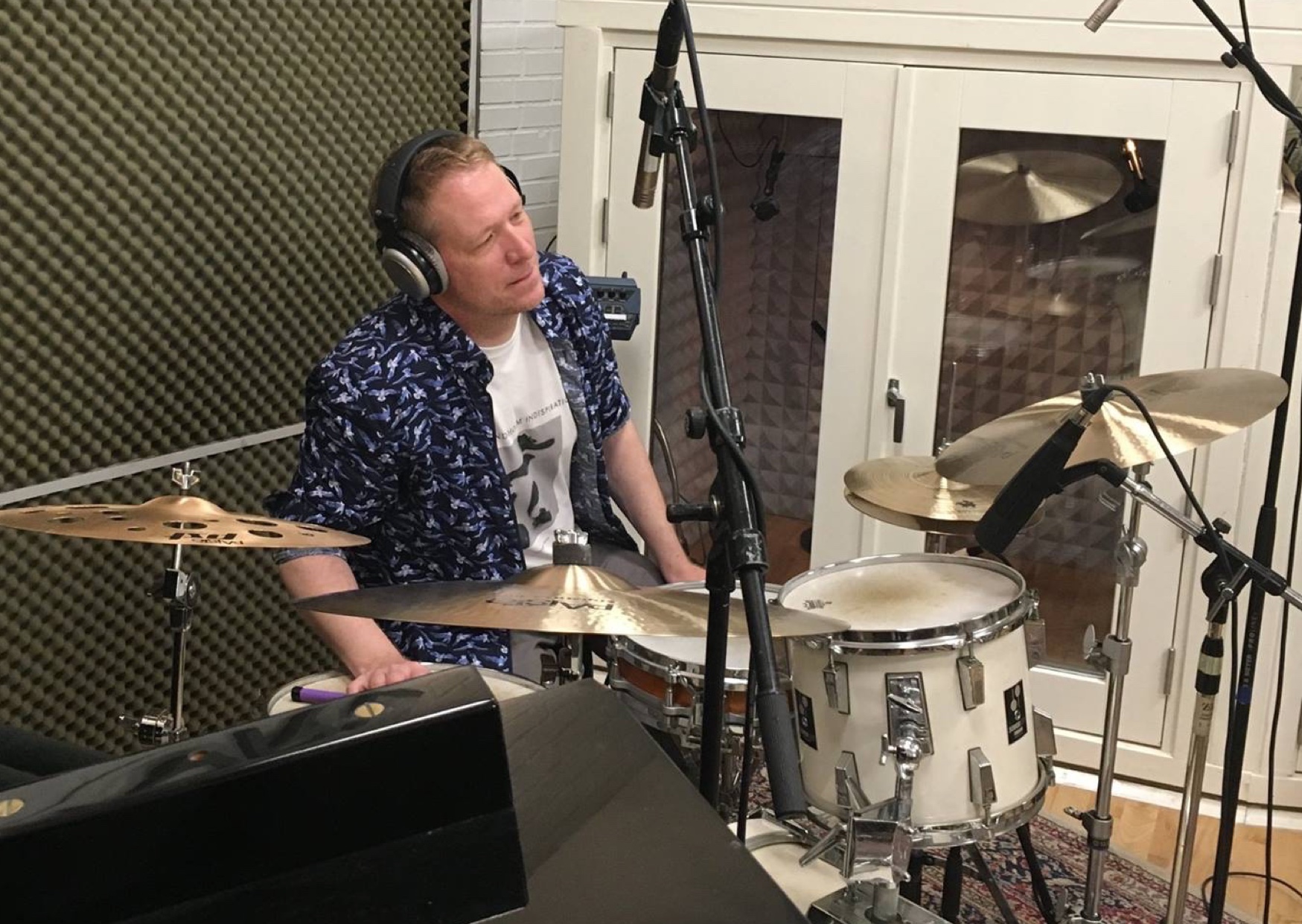 Carsten Lindholm is a Danish drummer, composer and producer born in the small town of Kerteminde on the island Fünen.

He moved to Copenhagen in 1990 and began studying at the music concervatory D.A.R.K. He later took private lessons with Jazzlegend Ed Thigpen, Aage Tanggaard at the Rhythmic Conservatory, professor at the Royal Classic Conservatory Bent Lylloff, New Orleans drummer Jeff Boudreaux and a lot of other danish fusion drummers.

In 1990 he contacted drummer Peter Erskine in order to take private lessons. However, at that time it was difficult for them to match schedules, so he actually never got to study with him. But Carsten got a supportive motivating mentor and penpal instead, who he has met during concerts and studio work  in New York, Monterey and Copenhagen.

In 1998 he went to New York for 3 months to check out the musical level of the town and to study the South Indian rhythm-language Konnakol. Carsten also travelled to meet Jazz-vibist and founder of Steps Ahead, Mike Mainieri, who had been his hero since he first heard Steps Ahead. Mainieri had made a huge impact on Carsten with his melodic, sophisticated and dynamic expression of music. Not unexpected, he also was a great personality.

Back in Denmark Carsten started playing at different Jazz clubs, receptions and weddings in Copenhagen. Here he met a lot of great musicians like Luther Thomas and Jens Melgaard who, among other things, taught him to be enthusiastic for the music and give himself 100 % no matter on stage or in the practice-room. The sudden death of Jens Melgaard drove Carsten to write music and so he started the Tribute project.

In 2011 the “Tribute” album was released, based on a tribute to people (living or dead) who had made a deep impact on Carstens life.
The filmic music is a mixture of: Jazz, Drum`n`bass, ambient soundscapes and Indian tabla beats based on a simple Nordic melody.
His music mentors and influences for this album counts: Sting, Erik Truffaz, Nils Petter Molvaer, Jan Garbarek, Jon Hassell, Eivind Aarset, Bugge Wesseltoft, John Coltrane, Bill Laswell and Jojo Mayer.

In December 2016  Carsten released “EP Ballads” on Itunes & Amazon, which is a compilation of different recordings with his Norwegian and Danish friends, focusing on the trompet.

With the album “Indispiration” Carsten Lindholm wants to set focus on the importance of inner peace, which he finds is needed more than ever in the world today – as well as the importance of a cultural open mind between countries.

In 2017 Carsten also started the project Carsten Lindholm Trio that currently consists of Pianist Jan Gunnar Hoff (NO), Bass player Reggie Washington (US/BE) and Carsten Lindholm himself on drums.
Members of the band varies according to where the focus is, but in common is a collection of dedicated, dynamic, professional musicians, with a strong expression – and a mutual interest in jazz music. This carried by especially inspirers as Esbjorn Svensson, Brad Mehldau, Jan Garbarek, Lars Danielsson, Wolfgang Haffner and Erik Truffaz.
The trio is known for their unique ability to fuse Nordic Jazz with Indian rhythmics, based on Carsten Lindholms study of Konnakol. All played with a soulful bass, dynamic drums, a heartfelt strong expressive piano – and of course, with focus on the audience.

I 2019 Carsten released the single Spring Cruise and in 2020 the single Uninvited, a cover of the song by Alanis Morissette – both in digital versions on Danish label Gateway.

In 2021 the single Roxanne was released by Carsten Lindholm Trio. Roxanne is a cover of the famous song by The Police.

More music and gigs are in the pipeline.

More music to be released, see all music available here